A downloadable game for Windows

Take to the air as a dragon! flap, swoop, glide, bank and climb to move around in an exhilarating VR experience. Your hands become dragon wings, no longer is flight a zero-g thing you do by double tapping space! Now every swing of your arms is a flap, the tilt of your wrist the transition from a glide to a swoop, to a banking turn or gentle landing.

Explore strange fantasy environments or fight knights, either with fire or by picking them up and chucking or dropping them from height!

The game is still heavily in development, at the moment, there are many bugs, and no objectives, however there are 3 different maps to explore, of varying sizes, animals and knights to chase or fight, floating rocks and flying ships pepper the skies to challenge your flying prowess to navigate or land on them.

Obviously getting the game now will give you access to the finished experience when it is completed too, and will help me develop it, the price is also low now to reflect current content, expect it to go up as the game develops!

It's common among learner dragons to feel nauseous  sometimes after too much flight. Most feedback I have received so far agree's this form of locomotion is more comfortable than track-pad locomotion despite the speed and intensity of the flight. However the experience primarily focuses on the thrill of flight and giving you as much control over your flight as possible, rather than comfort. Take frequent brakes to rest your stomach, but also your arms, flying can be hard work especially when your learning! Flying is not easy, I may have given you wings, but you will be no ruler of the skies until you have learnt to use them!

I have found it takes multiple 15 minute sessions before most people start to get the hang of the flight, what with the subtleties involved in getting the most from each flap, control of your flight and mastering manoeuvre to avoid obstacles and land safely without crashing horribly!

Enough space to flap your arms like a hopeful penguin.

VR with tracked hand controllers (only tested on HTC Vive so far.) 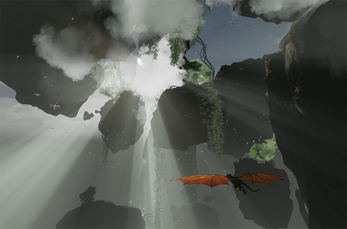 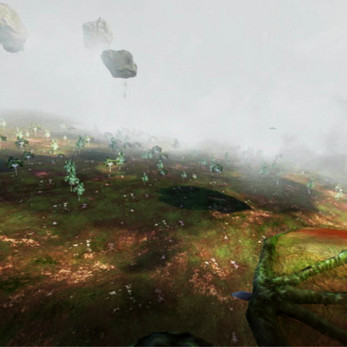 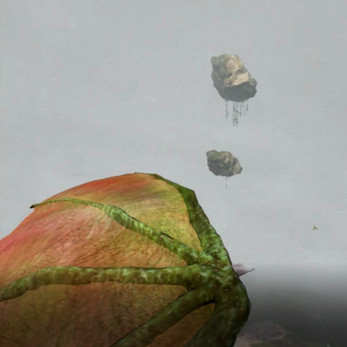 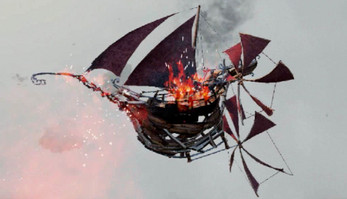 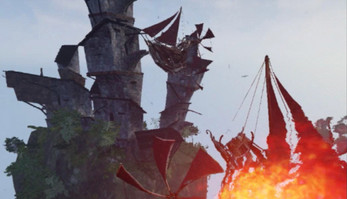